The Intrepid-class was introduced in the early 2370's and was Starfleet's answer to their growing need for a versatile and quick class of starship which would be capable of excellent maneuvering at both impulse and warp speeds. With their variable geometry warp nacelles, the Intrepid had a greater control of their warp field, with the added bonus of not damaging layers of subspace.

As well as being designed to be quick and maneuverable in combat, the Intrepid was primarily designed to perform exploration, survey, and courier missions. The class' advanced sensors made them an excellent exploratory vessel. The Intrepid-class was also one of the first Federation starship classes to be equipped to make a routine planetfall and be able to take off again with ease.

The Intrepid was also equipped with some of the most advanced computer systems of the time, with bio-neural circuitry replacing most of the isolinear circuitry that had been prevalent on previous starship classes. The bio-neural circuitry sped up the computer's data functions and improved overall performance. 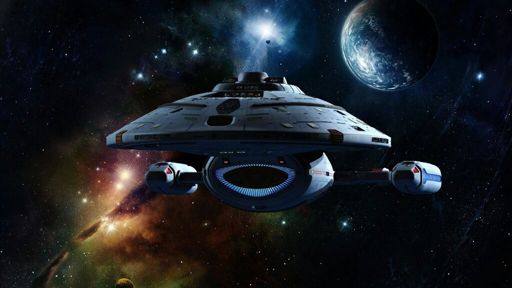